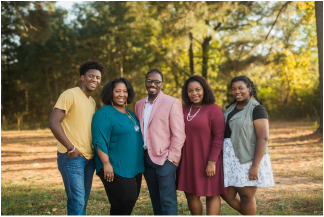 In September of 2007, the Fletcher's embarked on a mission to preach the Gospel in the streets of Conway, Arkansas. As we stepped out on faith, with a stack of chairs, a speaker system and three kids, the Lord led us to Oakwood Village Mobile Home Park.

As we began to preach and teach on the glory and saving work of Jesus Christ, we became increasingly aware of the needs that were prevalent in not only Oakwood but also other areas of Conway, Arkansas regarding the poor, single parent homes and veterans.

So in January 2009, we rallied a group of Christians and asked them to serve alongside us in creating a non-profit ministry. The City of Hope Outreach would be centered on Jesus Christ, provoke Christians to serve in their city and see the Gospel address the whole person.

The Lord has been extremely gracious as He has used men and women to extend the work of CoHO through the communities of Oakwood, Brookside, and South Ash. As we move forward to serving Conway in a greater capacity, we want to personally ask you to join us. God has gifted all those who love Christ Jesus gifts to serve one another and those who do not know Him. We encourage you to employ those gifts for God’s glory, your growth and the joy of others.

For God’s glory and the joy of people